In cooperation with our partner agencies, we also provide our clients with tailor-made arrangements for exciting and adventurous expeditions in the desert combined with comfortable and luxurious surroundings. 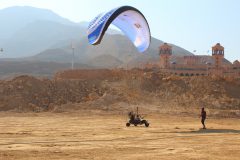 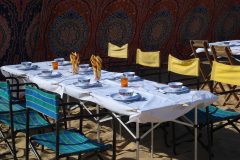 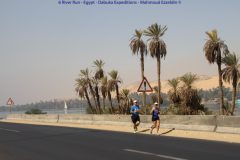 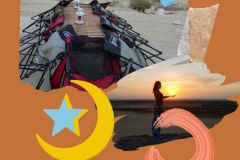 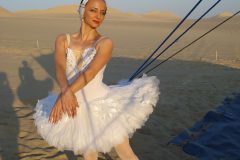 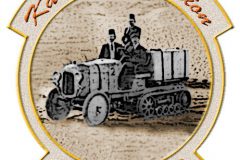 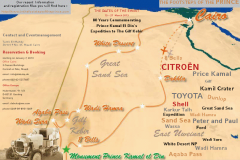 Desert Walk & Talk 2021: Ramadan special Iftar at Wadi Degla Park, where our guests had the chance to hike with  UCL Emeritus Petri Professor Dr. Fekri Hassan discovering the untouched engravings hidden in the wadi, followed by delicious outdoor Iftar buffet, and a night walk will begin with Dr. Sherif Baha el-Din the President of Nature Conservation Egypt (NCE) and the BirdLife International Affliate for Egypt.

In the garden movie nights 2021: Dabuka organized a series of movie nights at Maadi’s garden, where we had a chance for special booking signing of “Sinai People Faces of Time” by Kathrin Sombold and film screening of “Into No Man’s Land” by Gabriel Michael. We also had chance for special keynotes by Tarek Al Mahdy’s My Libya Experience from 1993 to 2011 (Part I), Special talk by Prof. Yasser El Shayeb on Scan Pyramids.

A once in a lifetime experience:  2014 – KAMAL EXPEDITION www.kamalexpedition.com The expedition’s aim was to commemorate the anniversary of the memorial plaque of Prince Kamal El Din Hussein who discovered the Gilf Kebir Plateau in the Western Desert of Egypt in 1925.

Levison Wood attempt to become the first person to walk the entire length of the Nile, as he started in Rwanda in December 2013 and finished in Egypt in 2014, covering 4,250 miles across six countries. Sponsored by BBC Channel 4, with the Photographer Tom McShane who documented his journey, Dabuka supported logistically Wood’s expedition throughout his final destination in Egypt.

A dutch-german-egyptian cooperation – rowing from Luxor to Cairo – supported and organized by Dabuka!

supported and organized in Egypt by Dabuka!

2015- 2017 logistics for the French – Canadian project scanning the pyramids

2013 “Gipfelstürmer Film” an Austrian Production of the ORF 2009

2009 Operated trips in Jordan covering the country in 2 weeks

2005 operated a trip in the Tenere Desert of Niger

2003 – 2008 operated trips in Sudan reached the borders with Egypt, Chad and Ethiopia

1999 It was assembled there and used for aerial shots in the documentary film “Schwimmer in der Wüste” (Swimmer in the desert).